The Everglades National Park is often referred to as the River of Grass because it's slow moving water moves through the tall sawgrass.

Once you get further south, closer to the coast, the area opens up and includes about 85% of shallow Florida Bay.

In the north section of the Florida Everglades you have freshwater. Further south you enter saltwater, and in the middle you have a brackish mix.

These variations in the Everglades Park make it especially interesting for anyone planning on sport fishing Florida Keys.

The fish in the Everglades Florida Keys are also extremely varied. You'll find that there are over 50 species of freshwater fish to target. You also have in excess of 300 species of saltwater fish that will tempt, tease, and torment you. 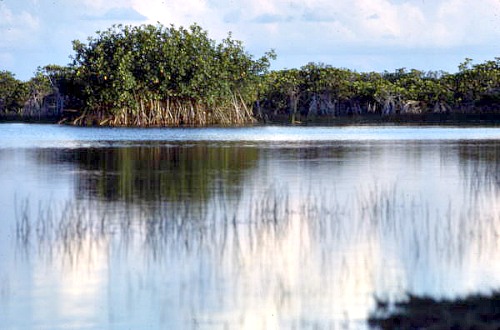 
The combination of the variety of fish, various areas to target them, and the sheer size of the Everglades are the key reasons why this is such a popular Florida Keys fishing destination.

However, for most people, unless you're a highly experienced fisherman and/or know the area well, you'll find your fishing vacation will be more productive and equally more fun, if you plan a fishing trip with a qualified Key Largo fishing guide.

When you click on the Get Rates Buttons you'll be able to not only find out what each fishing charter charges, you can more detailed information on style of fishing, types of fish targeted, charter trip availability, fishing equipment aboard, and other useful details.

From these landing pages you can also check out information on other Florida Keys fishing charter companies to see what they offer and what they specialize in.

FishingBooker makes choosing a charter incredibly easy as they have a vast variety of search criteria so you can drill down to exactly what you want.

For this reason I've chosen to work with them as an affiliate. Also, so you're fully aware, as an affiliate of FishingBooker, if you click a link to a charter, book it and go on it, I stand to earn a small commission. Booking your charter here doesn't cost you any more than if you booked some place else because this is what being an "affiliate" means.

Below I've included a 'snapshot' of some Florida Keys fishing charters that fish Everglades National Park.

These fishing charter previews give you quick at a glance information showing what they do and where they go.

You will however, want to check out the following link that takes you to the main Florida Keys fishing charters page, and it's here that you can drill down to:

Following Is A Sample Of Everglades Fishing Charters

The area of Everglades Park that includes Florida Bay is about one-third of the the Everglade's total size. It starts 2 miles offshore and extends north from Key Largo and south to Islamorada FL.

Cypress trees, hardwood hammocks and mangroves make up much of the vegetation for this portion of Everglades Park. On the islands themselves you'll find bromeliads, orchids and ferns which thrive and flourish in this sub-tropical climate.

The mangroves are key to the overall health of the Florida Keys. Their massive root structures help protect against erosion, and serve as breeding grounds for mosquitoes whose larvae is a food source for fish.

Many saltwater fish such as snook love to live in the root structures. There currently are Florida fishing regulations affecting snook, but they're a great saltwater fish to catch, and are also one of the best eating. 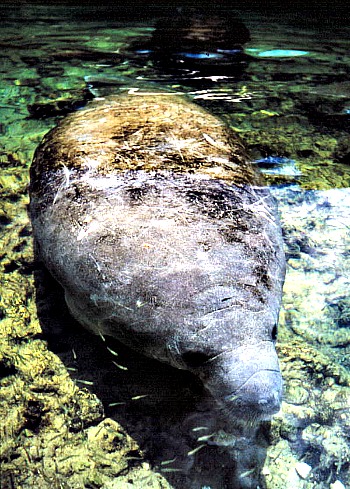 
The mangrove waters create the perfect home and feeding area for the fish and numerous wildlife. In the water you'll see dolphin frolicking and manatee slowly moving about in search of food.

Keep a watchful eye towards land and you may see deer, raccoon, and opossum. The area is also home to over 100 species of butterfly who feed in the area. If you're especially lucky you may even catch a fleeting glimpse of the endangered Florida panther.

Watch for alligator or any of the dozen species of turtle who hang out in the sloughs and freshwater channels. Keep a cautious lookout and perhaps you'll even spot a crocodile which typically live in the mangroves and the more open Florida Bay area.

There are also over 350 species of birds living in the Everglades National Park. You'll spot wading birds such as flamingo, heron, roseate spoonbill, egret and ibis.

Perched in the trees or riding the currents high in the sky, you'll also see osprey, hawk and bald eagle.

One of the more unusual birds that's hard to miss are the anhinga. Often referred to as snakebird, they can be spotted with their wings outstretched, drying off after swimming underwater after fish. 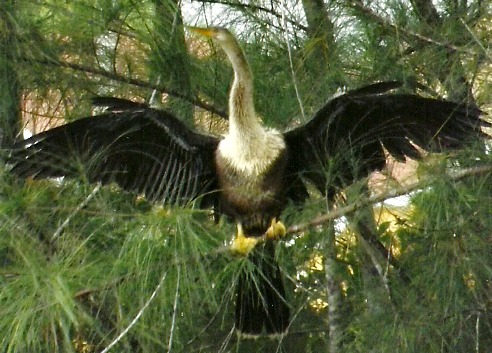 Female Anhinga aka Snake Bird Drying Off in a Tree


Florida Everglades Fishing Techniques
And Common Fish Of The Everglades

The shallow waters of the Everglades National Park are perfect for fly fishing and poling around in a skiff to sight fish. Spin casting also works well if you haven't perfected your Everglades fly fishing techniques.

If you want to get really close to shore and into the super shallow spots, you may want to consider canoe or kayak fishing. 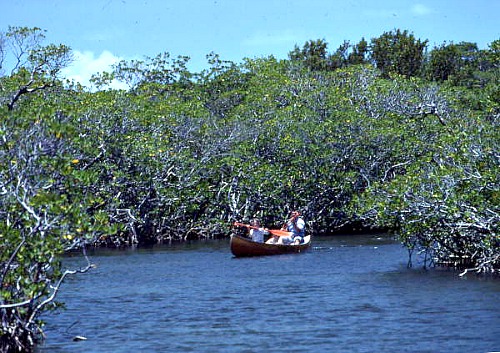 
Florida Keys shark fishing is also possible, just make sure you've been out in a kayak or canoe before so you're balance is good. Even a small shark can put up a pretty good fight, and you want to be ready for anything he'll throw your way if you're kayak fishing.

Florida shark are especially plentiful any place you find a break in the shore line - such as an inlet or channel. Even shallow water that has a deeper channel running through the middle is a shark magnet.

The reason is because of the way the water flows. It attracts all the layers of marine life with everyone feeding as they go. This means bait fish will be prevalent and so will different species of Florida shark.

Many people don't expect shark to live in such shallow water, but they do, and they're in the waters of Everglades National Park year round. Commonly caught are nurse shark, lemon shark, blacktip shark and hammerhead shark, although the dangerous and ill tempered tiger shark can be spotted as well.

When shark fishing, you can hook them with a line, some shrimp, or mullet, and a wire leader - which is an absolute must have. Just remember to cut the line so it's close enough to the sharks mouth so it's good for the fish, but not so close you risk getting bit.

Redfish are always plentiful in these shallow water of the Florida Everglades National Park. Redfish are around all year but are in greatest abundance March - October with the summer months being prime.

Redfish don't take the line and repeatedly run with it like permit do, but they're pretty respectable fighters. They're also relatively easy to catch and so are great for catching on a fly or with spinning gear.

The Florida Everglades National Park is the third largest National Park in the lower 48 states and is unusual because it consists of primarily shallow water. Dotted with numerous islands covered with vegetation and grassy, mangrove lined banks, it creates the perfect habitat for fish and other Florida wildlife.

Grab a good pair of polarized sunglasses, take your camera, sunscreen and binoculars. Then head out for a fantastic day of fishing the Everglades and explore the immense beauty of the southern section of Everglades National Park.

As an Amazon Associate I earn from qualifying purchases such as the the following groups of items.