Wild birds are one of the big drawing cards of the Florida Keys, and for good reason.

Here, on your vacation in the Keys, you'll have a chance to see a variety of different birds of Florida, some of which aren't commonly found elsewhere.

With an abundance of water, and fish, it's only natural that many of the wild bird species in the Florida Keys are wading birds.

Their long legs and necks combined with often unusual or bright markings, make them a bird watcher favorite for studying, monitoring and photographing.

If you're a bird lover, and enjoy watching and admiring some of nature's more unusual bird species, bring your camera, binoculars, even canvas and paint, because this is bird watching paradise. 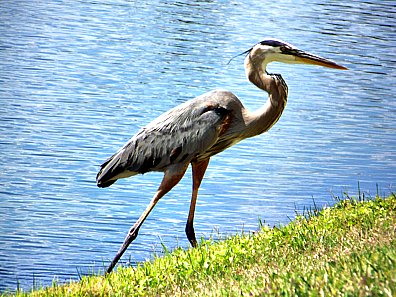 
In fact, John James Audubon found the Florida birds in the Keys to be particularly noteworthy. During his stay, John Audubon enthusiastically drew and painted over 25 different bird species, including the Great Blue Heron.

Some of the birds in Florida Keys are considered threatened or endangered species, while others still enjoy a robust presence.

The key to increasing and maintaining their numbers is to protect the breeding, nesting and feeding areas of the different wild bird species. That has begun to present certain challenges, especially with the recent unfortunate introduction of python into the area. 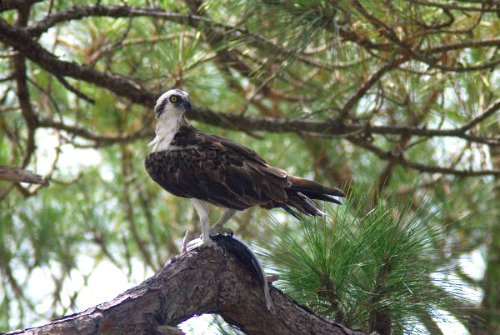 
The python's invasive and rapidly growing presence has resulted in the alarming disappearance of an increasing number of wading birds and other species of wild birds.

The Florida Keys also serves as the breeding grounds and nesting home for many bird species, while other birds consider the area to be a popular stopping off and feeding destination.

The flamingo, the famous "lawn jockey" and decorating symbol of everything Floridian, is one bird species that doesn't nest here.

It's actually quite surprising that one species can somehow be so tied into an area's culture, and yet really not be part of the region.

Flamingos are a colorful and elegant wonder of nature that live in the Caribbean. The Florida Keys are not their breeding ground, but they do feed here from time to time.

However, after the 2005 hurricane season of Katrina and Wilma which caused considerable destruction to the region, flamingos are now seen only on occasion. 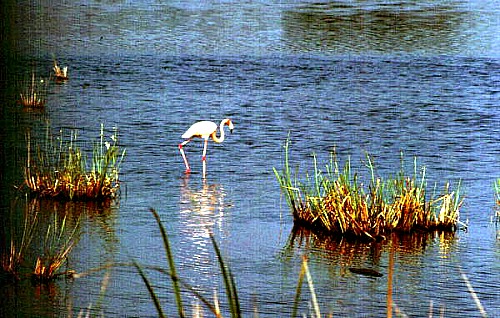 
I've also seen them in small groups at the Flamingo Visitor Center. Since they feed further out in the water, you'll need to bring your binoculars and a camera with a good long range lens to get a closer view.

Others, like the roseate spoonbill do nest here. This beautiful and unusual Florida bird almost disappeared from the region on several occasions, but they're again reappearing in areas where their numbers were once strong.

Another success story is the Great White Heron. A variation of the Great Blue Heron which is commonly found throughout much of the United States and elsewhere.

The Great White Heron is only found in southern Florida and parts of the Caribbean. Uniquely beautiful with pure white feathers, it was heavily harvested to make hats, and came close to extinction. Thanks to the Great White Heron National Wildlife Refuge, it has successfully made a strong comeback. 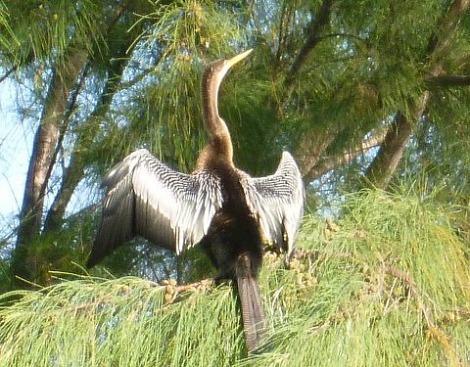 Male Anhinga Or Snake Bird Drying Off After Swimming Under Water


Of course one of the most interesting wild birds to watch is the anhinga. When it comes to identifying birds, this is one of the easiest, with their dark feathers, and long snake-like neck.

They're usually spotted sitting in trees or on banks, with their wings outstretched as they dry off after swimming under water to catch fish.

On your Florida travels through the Keys, you'll find that there are three species of wild birds which are particularly hard not to spot. Plentiful in numbers, and certainly not shy are the beautiful great egret, the smaller snowy egret and the white ibis.

They can be spotted along the roadside in the ditches, in the wetlands and any place there's a pond, canal or stream, even if it's in the city. 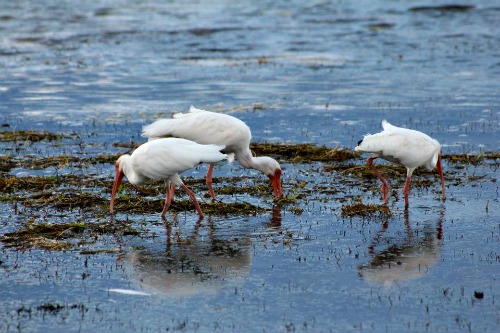 
There are several species of ibis and they're usually seen in mid to large size flocks. Often they're spotted foraging for worms, grubs, and other insects - their long curved beaks poking into lawns as they search for food.

Florida is the only State where limpkins breed. An unusual wading bird species, it looks as if it has a mix of ibis, stork and rail in it's genetics, even though it does not.

Other than it's unusual physical characteristics, limpkins are also known for their exceptional speed on air, land and water, and for their "other worldly" calls. 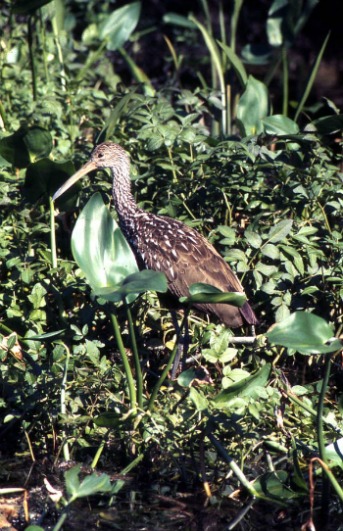 Limpkin Are One of the Oddest Looking And Sounding Birds
State Archives of Florida, Florida Memory, Dr. David E. LaHart


The extraordinary noises limpkins make have been compared to a variety of rather uncomplimentary sounds. The hoarse rasping sound a person makes when being strangled, to unearthly shrieks of incredible sadness have all been used to describe its voice.

With over 350 species of wild birds in the Everglades National Park and the Florida Keys, one can spend many full days watching, photographing, drawing and taking notes. 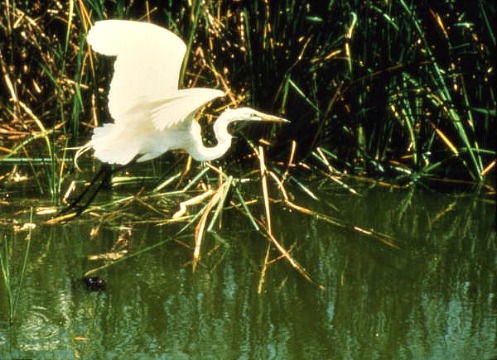 With some luck you may even spot the endangered wood stork, green parrots, or the majestic American bald eagle that lords over all. 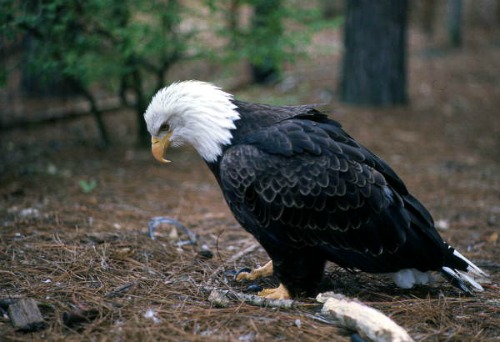 
To read about some of the other interesting wild birds mentioned on this page, click on the following links further below for detailed information on them.

You may also be interested in checking out these books from Amazon. This way you can read more about a variety of bird species, or even carry the book with you while on your next Florida Keys bird watching adventure! 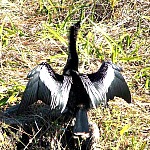 The anhinga is known by many names - snakebird, American darter, darter, water turkey, bec a lancette, water crow, grecian lady, even incorrectly called the cormorant. Other than it's strange ... 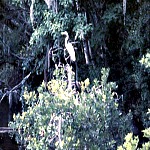 The great snowy egret is often, but incorrectly referred to as the great white heron. These birds are not one and the same at all. In fact there is still controversy today over ... 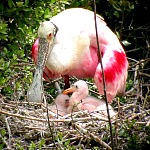 The colorful foliage of the roseate spoonbill, along with it's unusual flat, shovel like beak make this bird a photographed favorite. However, spotting one after the cold winter of 2010 ... 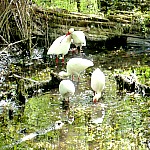 White ibis are probably the most common bird found throughout Florida and the Florida Keys. This is due to the State's diverse water sources and subsequent plentiful food ... 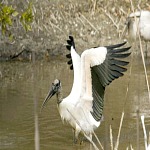 The wood stork is at least for now a success story as part of the Endangered Species Act. The "at least" part is due to the fact that pythons have invaded the Everglades. Since python ...