Due to it's location, this German wreck, sunk in 1940, is often explored on the same dive trip as the Araby Maid.

The two vessels are not closely situated but they are both technical diving sites in the vicinity of the Dry Tortugas area.

This makes it logical to include both of them on the same diving trip on different dive days.

Both these ships are also poster childs for the following fact.

Ships have 2 deaths. The first is when they sink. An act that occured either as a result of war, the forces of nature nature, or a purposeful scuttle by man.

The second death occurs as time erodes what was left of their form, leaving a tangled mass of iron, cables, and rubble.

Time wears on all shipwrecks, but unfortunately both these vessels deterioration was accelerated due to the devastating strength of Hurricane Katrina and Hurricane Wilma.

In 2005 these storms broke up these two exceptional Dry Tortugas dives to the point of being almost unrecognizable.

Even though the wreck is no longer in good diving into the wreck condition, the environment that shrouds her is spectacular. Filled with abundant marine life, and ultra clear water, this is still a technical diving site worth a dive trip. 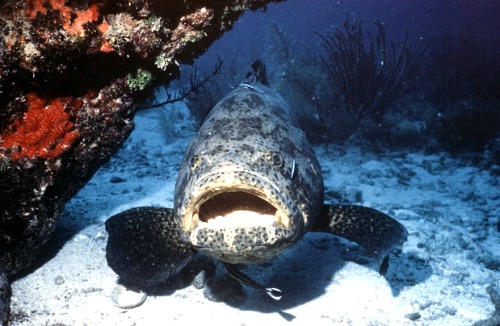 
History and Sinking
Of The M/S Rhein Hamburg

Built in 1926 by a Bremen boat company in Germany, this transport cargo ship had a relatively short life span which ended December 11, 1940.

During the early stages of World War II before the United States joined the fray, there were neutral zones established as part of the Declaration of Panama. An order requiring countries fighting the Allies to stay 300 miles offshore of South American, Central American and North American lands was established.

To protect the interests of these neutral countries, Allied warships patrolled the waters, in search of Axis vessels.

During the latter half of 1940, the Rhein Hamburg was in port at Tampico, Mexico picking up supplies. Staying within Mexican waters, the M/S Rhein set out on the return voyage home, sailing south with another German vessel the Idarwald.

In the same port, several USS destroyers were harbored. Seeing the German vessels leave, one of the US destroyers, the USS Broome left port, keeping the two Axis merchant vessels under surveillance.

Eventually, the USS Broome's position was replaced by the USS McCormick which continued to monitor the travel of these two vessels.

To return to Germany these two cargo ships had to leave the territorial waters of Mexico, cross into neutral waters and span the vast expanse of the Gulf of Mexico and the Atlantic Ocean.

As soon as the Rhein Hamburg began to approach the Florida Straits, military orders were given to another US vessel, the USS MacLeish, to dispatch quickly from the port in Key West FL and join the USS McCormick in it's surveillance.

Also in the vicinity was a Dutch warship the Van Kinsbergen, operating under the flag of Britain. Apprised of the situation, this Dutch warship joined forces with the USS MacLeish and headed to meet up with the McCormick which was tailing the M/S Rhein.

As the vessels approached the Dry Tortugas, the faster Dutch warship intercepted the Rhein, quickly firing a warning shot over the Rhein's bow.

The crew, realizing there was no way to escape, attempted to burn their vessel. Reacting swiftly to the situation, the Dutch crew responded in a dual attempt to put out the blaze and to capture the German sailors.

Not willing to surrender, the German sailors fought a brief but bloody battle and with the arrival of the HMS Caradoc, they were then transported to the British warship. Before their burning ship could sink, the Caradoc scuttled the Rhein by firing 22 projectile rounds into her.

Lying in 250 feet of water, when this vessel was first explored in 1991 she was in quality condition.

Clearly visible from over a hundred feet above, Key West divers encountered her masts at around 140' and her main deck at about 200'. Obvious damage to her bridge and superstructure were noted, likely a result of the bombardment suffered during the British warship's assault.

Even as the years passed, wreck diving this Dry Tortugas dive site produced exciting discoveries and diving into the wreck opportunities. Her brass bell was a major first find, however the ship proved to have other interesting artifacts that included hardware, bronze portholes, brass light fittings, gauges, and railings.

However all of this changed after the destructive 2005 hurricane season. Like the Araby Maid, this ship suffered severe damage, folding over onto itself and collapsing in numerous places.

Disappointing for technical divers who once enjoyed diving into this wreck, is the fact that no longer are there major penetration points of interest.

The spectacular encrustation that had formed and covered over the ship's shell are broken, and gone. Her engines lie exposed on the ground, with no visible remains of her once interesting engine room.


Time and weather conditions have taken an unfortunate accelerated toll on this once superlative Dry Tortugas dive site. However, the ultra clear water, the incredibly abundant marine life, and the potential for discovery, still draw Dry Tortugas divers with technical diving certification to the once majestic Rhein wreck.