If you're fishing Key West, a trip out to the Marquesas Keys fishing the clear and less trafficked waters is a must.

Sport fishermen and even the casual angler will be able to get a taste of something very special and different at this Atoll.

You can also plan a number of other Florida Keys activities when you go out to the Marquesas Atoll.

Bird watching, snorkeling, and kayaking are just some of the things you can do to quickly round out a day after fishing the channels, and inner lagoon.

On your fishing trip out to the Marquesas Keys you'll quickly discover that this is a place where less is more. Less people, more fish - it's that simple and that's why it's so special.

The Marquesas Keys are an Atoll with an almost circular U-shaped formation that was most likely created due to the impact of a large meteor.

Regardless of how it developed, what's really important, is that this amazing Florida Keys fishing and Key West diving spot is absolute paradise. At about 30 miles offshore of Key West FL, it's located far enough away to make sure it stays paradise.

The Marquesas Keys are also the only known atoll in North America. It's comprised of 10 hardwood hammock islands, white sandy beaches, and a lagoon in the middle of the circular forming islands.

Once boats cross the Boca Grande Channel they enter the Lake Passage which takes them into the Atoll. 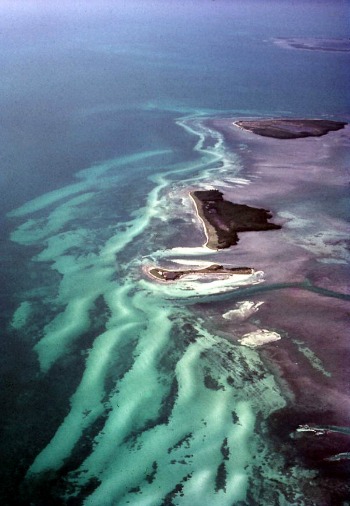 
The Marquesas Keys were named after the Marquis de Cadereita who was the commander of the doomed 1612 Spanish Treasure Fleet. Most of the 20+ ships sank along the east coast of the Florida Keys during a severe Florida hurricane. Their remnants are scattered from Key West to Biscayne Bay just north of Key Largo.

However, two of the Spanish Fleet's more important ships sank here. The Atocha and the Santa Margarita floundered near the Atoll and were later discovered by Mel Fisher.

One of the more popular ways to enjoy Marquesas Keys fishing is kayak fishing. The Florida Keys are a paddling paradise with so many different places to explore.

Kayak fishing along the shoreline of the hardwood hammock islands of the Marquesas Keys makes it possible to get up tight to the mangrove root structures where snook and other saltwater fish hide.

With miles of shoreline to fish along, kayaking Florida Keys waters is not just productive, it's loads of fun. Just make sure you're fitted with the right kayak fishing gear so you're comfortable and your fishing is productive.

With fewer people coming the distance from Key West FL to go Marquesas Keys fishing, the area is quieter and more relaxing. It also makes it easier for stalking the skittish permit and bonefish on the flats.

However, since the Marquesas Keys are further out, it's better if you go with one of the better fishing guides in Key West. They know where they're going, and once they get there, they know the best Marquesas Keys fishing spots, and how to properly present the lure, bait or fly so the saltwater fish aren't spooked.

FishingBooker works with top notch companies. They also make choosing a charter incredibly easy since they have a vast variety of search criteria so you can drill down to exactly what you want.

For this reason I've chosen to work with them as an affiliate. Also, so you're fully aware, as an affiliate of FishingBooker, if you click a link to a charter, book it and go on it, I stand to earn a small commission. The charter does not cost you any more if you book here or elsewhere as this is what being an "affiliate" means.

This Key West and Lower Keys fishing charters link will provide you with access to the charters and guides who serve the area you'll be interested in exploring and fishing.

Key West fishing guides also know that especially in the late fall to early spring, the bonefish and permit are crazy wild, and the barracuda are fighting monsters. You're in peak fishing season and this is when you'll be able to catch the greatest variety and number of saltwater fish. This is exhilarating fun with plenty of fish and lots of bone tiring action. 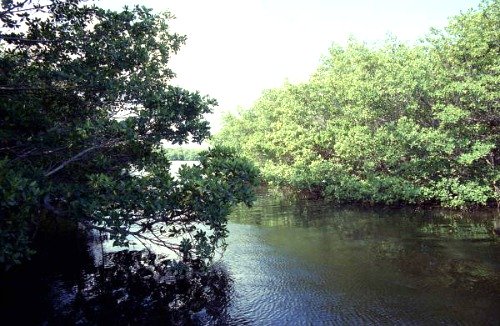 
Sport fishermen using light tackle or a fly, can also work the shallower waters of the coral reefs and scattered wrecks for snapper, grunt, barracuda, shark and other species lurking in the caves, ledges and holes.

Of course in the spring through to mid-summer, Marquesas Keys fishing means the tarpon are running, and things can get wild for both the sport fisherman who is fly fishing or spin casting.

You'll also find that this is when permit fishing heats up and Florida Keys shark fishing is at it's best. Lemon, spinner, bull, nurse, blacktip, tiger and hammerhead are just some of the all time big shark fighters that swim in these waters.

If you're up to the thrill of Florida Keys shark fishing and have the strength for battle, this is the best time of year and the perfect place to go for the fight of your life.

The Marquesas Keys provide a totally unique and fun fishing experience, no matter where your interests lie. Even if you're not into fishing, you can spend the day suntanning and playing on the pristine Florida beaches.

If you've been in Key West diving, plan on a few hours diving or Florida Keys snorkeling the Marquesas. The clear blue waters are full of numerous coral reefs and shallow wrecks just waiting for you to explore.

Of course the Marquesas Keys are also productive Florida Keys fishing at it's best. No matter what your plans are, make sure that you don't miss taking a fishing trip to this unusual paradise!