When diving Key Largo, don't miss reef diving at Carysfort Reef which includes the deeper trench north of the lighthouse.

The deeper level, along with the shallower waters around the lighthouse make this a top snorkeling and scuba diving Florida Keys location.

Even though this is a further out Florida Keys diving destination, the combination of the three areas make it well worth the trip.

There are also several other quality diving sites within easy reach.

This makes it possible to plan a very productive diving trip out to this area. 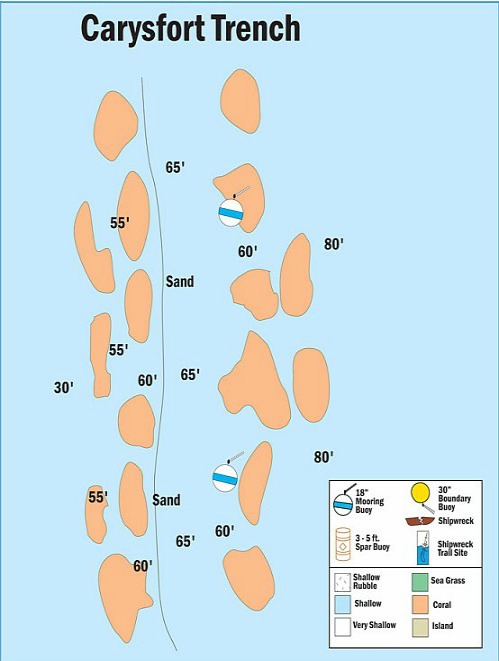 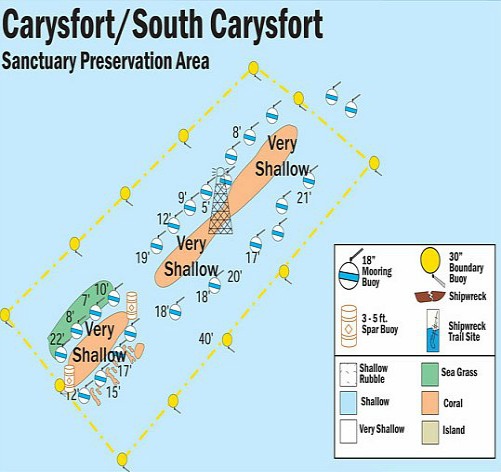 Name
Carysfort North Reef
Location
Well marked by the 100' lighthouse. Reef is 6 miles northeast of Key Largo FL at the northern boundary of Key Largo's Existing Management Area and John Pennekamp Coral Reef State Park
GPS Co-ordinates
25 14.91N 080 12.14W
Markers
Numerous buoys
Level
Novice - Intermediate
Depth
5 - 40'
Visibility
Good
Site Description
Named for the HMS Carysfort that grounded in 1770. Less frequented due to it’s further out location. This is one of the largest reefs in standard spur coral formation. It's more dangerous for boats and ships because of it’s shallower depths and size. Good underwater photography site
Snorkel Site
Florida Keys snorkeling is best at the base of the lighthouse where water is 5 feet deep and elkhorn and fish are plentiful
Marine Life
Abundant eklhorn and staghorn coral and amazing variety of game and tropical fish. Barracuda swim in the area at the base of the lighthouse 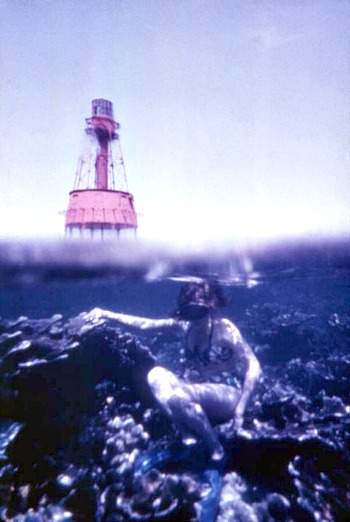 
Despite the extra distance, Carysfort Reef, with it's north and south location and the further north trench, make a diving trip here worthwhile.

Of course the HMS Winchester and the HMS Carysfort remains are also nearby. These popular wreck diving sites add to the excitement of a scuba diving trip to this coral reef area.