The Brick Wreck, a Middle Keys dive site, is positioned less than one mile from Vaca Key along the inner edge of Hawk Channel.

Believed to be of New England origin, this 19th century wooden schooner was traveling south when she foundered on the Florida Keys coral reefs.

This was a particularly dangerous area that affected shipping on a regular basis.

Without lighthouses to guide or warn them, ship accidents occurred often as they ran aground at night or during foul weather.

It's believed that the majority of bricks and equipment on board this vessel were salvaged. This is because the ship grounded in shallow water and access to her cargo would have been relatively easy.

However, it has been reported that over the years salvagers have removed numerous bricks from this wreck. These would most likely have been ones that were below the surface, located in damaged areas which the original crew couldn't access. 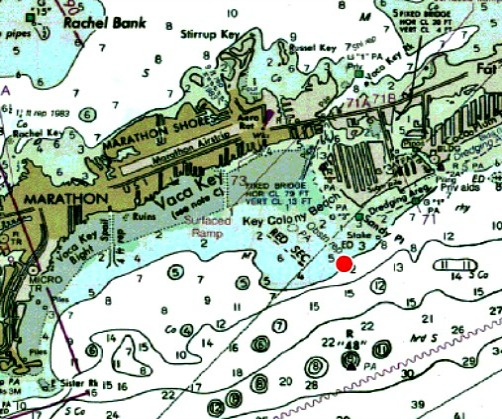 If your scuba diving Florida Keys or even snorkeling, this site presents a fantastic opportunity to explore one of the Florida Keys most preserved wooden wreck diving sites.

When the research team conducted their archaeological and biological examination of this ship in 2006, they determined that it's excellent condition must have been due to the fact that she had been buried beneath the sand, brick and ballast for many years.

Their rationale was that she lacked the sufficient marine encrustation and deterioration that would be evident if a ship had been exposed over the years. 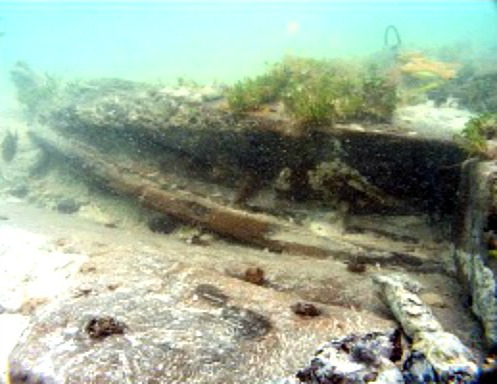 
Instead, this ship gives the impression of one that has been recently uncovered by winds and current, over perhaps the last decade.

The remains of the schooner rest ESE - WNW on a sandy silty bottom, in an area that's heavily filled with a variety of sea grasses. When Florida Keys snorkeling or scuba diving, it's easy to spot her wooden hull, somewhat flattened ballast stones, bow, pieces of timber and posts, and numerous iron objects.

During the study, the archaeologists uncovered many different pieces of ceramic shard, glass and glass bottles. The also found some of the red bricks the schooner had been transporting. 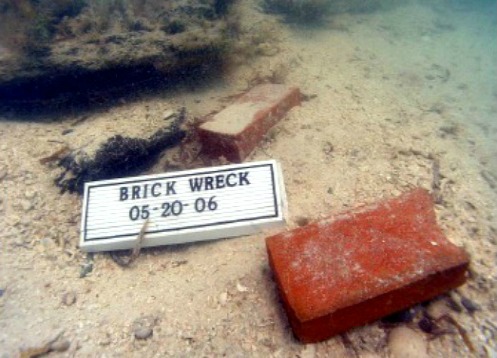 
It's interesting to note that these bricks are similar to those used in the construction of Fort Zachary Taylor and Fort Jefferson at the Dry Tortugas.

If you're Florida Keys diving or snorkeling, you'll find that moving about the site is particularly easy as it's somewhat protected. The current will also have some affect on the water's clarity because of the fine silt which can kick up and cloud the area. However, at a depth of about 12 feet, visibility is generally good.


Diving The Brick Wreck
Courtesy of YouTube and peteriwas


The unknown origin of the Brick Wreck will undoubtedly someday be determined as records show that out of the 10 vessels grounded in this area, only 4 were schooners. Two of these were either too early or too late to be this ship. That narrows the field down to the possibility of her being either the 1842 Pequot or the 1874 Louisa.

No matter which vessel she is, this is one of those opportunities that anyone Florida Keys diving and snorkeling rarely get. To be able to see a wreck this old, so well preserved, in such shallow water is very exciting.

Now that's she's been exposed however, her condition will undoubtedly deteriorate at a considerably faster rate. She'll also become heavily encrusted with marine life. If you're planning a diving trip off Marathon Key, don't pass up on this uniquely interesting snorkeling and diving adventure.