The USS Sturtevant (DD-240) is another victim of American minefields designed to ward off enemy ships during World War II.

Unfortunately it was friendly ships who became the casualties of the mines, and suffered the greatest loss.

The Sturtevant had an exceptional history from it's beginning to it's unfortunate end.

She was named in honor of an heroic naval aviator who was killed in World War I.

Measuring 314' long with a 30' beam, this 4 stack destroyer was built the year Sturtevant died. In honor of his heroism, he was posthumously awarded the prestigious Navy Cross, and this ship was christened with his name.

Commissioned on September 21, 1920 she was decked out with four 4 inch guns, one 3 inch anti-aircraft gun, 12 torpedo tubes and 20 millimeter machine guns.

From the moment she was first deployed, she was involved in numerous missions taking her around the globe, from Russia, to Europe, to the Middle East, and the Caribbean.

After the Russian Civil war, the USS Sturtevant was instrumental in bringing food to the newly formed communist government.

Whether she was participating in training exercises or peace keeping missions, this destroyer was constantly at work. Then on January 30, 1931, she was decommissioned for the first time.

On March 9, 1932 she was put back into the fleet and on April 30, under the Commander of the Special Service Squadron, she worked the waters of the Gulf of Mexico and the Caribbean monitoring the troubled nations of South and Central America and the islands of the Caribbean. 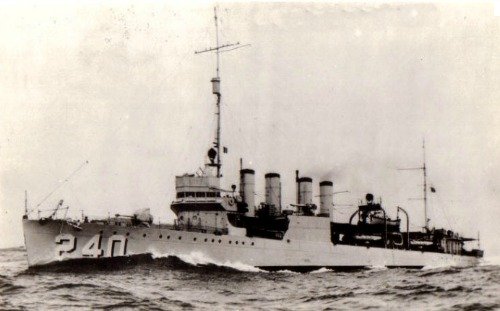 
In 1934 she was reassigned and joined the destroyers of the Scouting Force, until 1935 when she joined the Battle Force in the Pacific. She continued in this capacity with San Diego being her home port, until she was decommissioned again on November 20, 1935.

Less than a year later, World War II started and on September 26, 1939 she was commissioned a third time. Her duties involved escorting convoys moving through the Atlantic, and patrolling America's eastern seaboard.

The Sinking Of The Sturtevant
And Wreck Diving Conditions

In March, 1942 she came under the command of the Caribbean Sea Frontier, and was responsible for screening convoys between the different ports of the Caribbean. It was on April 6, 1942, while performing these duties that she ran into trouble.

Barely two hours out of Key West FL an explosion forced her stern out of the water. Being fully operational with no obvious damage, the Captain initiated a counterattack. He believed a torpedo from a German U-boat had fired at them, and so he ordered a volley of depth charges.

Within a minute of the second depth charge drop, the USS Sturtevant was hit with another explosion. This time the damage was evident, and the destroyer began to settle quickly.

A few minutes later a third explosion was felt, and this proved fatal. With her keel torn apart below the after deckhouse, her midships section sank immediately, and her stern followed shortly.

In only 65 feet of water, the bow stayed above water for several hours until it finally disappeared, leaving only the crow's nest visible.

Sinking in minutes after enduring 3 explosions, it's a miracle only 15 crew members were killed that day. 152 survived this unnecessary maritime disaster.

When scuba diving Key West, divers to this site will find that the USS Sturtivent is broken into two sections. She also has a large debris field around her, due to the 3 explosions.

This Key West scuba diving spot has also been only minimally salvaged, so there are numerous artifacts on board, including most of her ammunition. Divers need to be aware of the fact that the destroyer is still the property of the United States Navy. This means removal of any item is strictly prohibited.

This Key West scuba site is also plagued with fine silt covering the ocean bottom, which means visibility is relatively poor. Depending on Florida weather, if the winds are strong, your visibility will be reduced even further.

If you're scuba diving in Key West and you venture out to the USS Sturtevant, you'll need to exercise care when finning around to avoid churning up the silt. This is important because the wreck was only partially salvaged.

This means there are obstructions to watch for, and if you can't see what's around, you could get entangled in a cable, wire or cord. 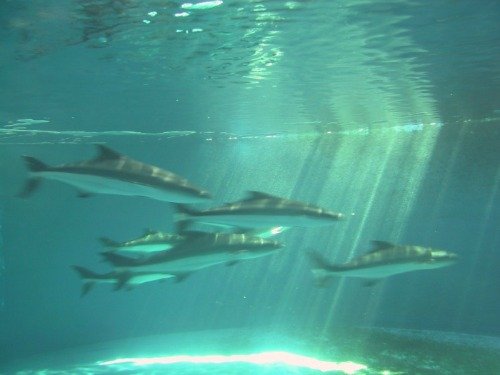 
Another concern that is amplified by the poor visibility is the fact that fishermen frequent this wreck site. The smaller fish are attracted to it's safe shelter, and they bring in the larger game fish Florida sport fishermen are looking for.

This means you'll encounter fishing lines and netting while wreck diving, and these obstructions can easily entangle a diver who is dealing with limited visibility.

Compounding the problem is that large bull sharks swim in the area and they're known for their nasty temperament. If you're dealing with limited visibility, you won't have much advance warning when one of these large, aggressive creatures moves towards you.

All of these wreck diving conditions mean you'll need to be particularly watchful, and exercise sufficient caution if you choose to make this one of your Key West scuba diving destinations.


Key West dive charters do not typically frequent this Florida Keys shipwreck site. If you're planning on exploring this historic vessel, you'll need to make dive trip arrangements in advance, or have your own boat.

Even though the visibility can be poor at the Sturtevant, this is still a worthwhile wreck diving site as she retains most of her equipment and ammunition.

If you do go to this worthwhile Key West dive, remember that the USS Sturtevant is also a grave site. Take time to pay your respects, and exercise caution so you make it out alive.