Best Snorkeling In Florida Keys
Is At San Francisco Shipwreck

Both ships were traveling with the unfortunate Spanish Plate Fleet when they grounded and sank during the 1733 Florida hurricane.

If Don Cristobal de Urquijo had chosen to stay aboard this ship, he may have survived as she lost no lives, only cargo.

However fate was not on his side. By choosing to travel on his other ship, the San Ignacio, he and 37 others perished when she sank further south at Coffins Patch.

Urquijo left behind a widow, Donna Josepha Forti and 2 young daughters with nothing but the mercy of King Philip V who they petitioned for relief.

This English built merchant vessel now lies in 9 feet of water. Her few remains are located at the seaward end of Channel #2, off Craig Key in Hawk Channel near Layton, north of Marathon FL.

Located only about 1.5 miles southeast of Long Key, this the San Francisco Shipwreck is a popular Florida Keys snorkeling and novice scuba diving site.

If you're planning to take dive trips to this wreck site, you need to know there are no markers or buoys present. However, with the GPS coordinates listed below, this Spanish treasure ship will be easy to find.

Since there's considerable coral in the area, and no buoys to tie off on, you'll need to be careful when lowering your anchor.

Like the other Spanish ships traveling together in the Flota, this vessel carried much of the same cargo. Her manifest showed tobacco, chocolate, molasses, dyes including indigo and cochineal, silver coins, bullion, and citrus. Except for her gold and silver, much of her remaining cargo was unrecovered or unsalvageable.

In a 1733 letter petitioning proper Spanish officials on behalf of the owner's widow, it indicates that a relationship existed between Don Urquijo and another man named Don Joseph Duque.

The letter references certain monetary values assigned to the recovered and lost cargo of this ship and the San Ignacio. This leads to the premise that perhaps contraband had been onboard. No doubt their intent was to circumnavigate the grip of King Philip V, and split the smuggled Spanish treasure between themselves. 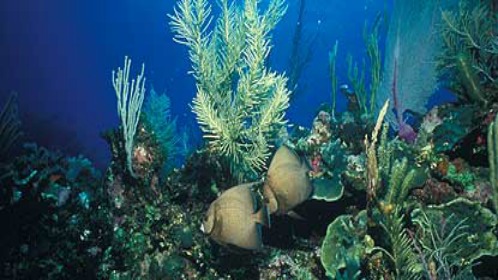 Coral And Tropical Fish Thrive In The Area


It also appears that this may have been common practice among ship's Captains and owners. Many of the ships that wrecked and were later salvaged, had numerous discrepancies when comparing found goods against what was listed on their original manifests.

If you're scuba diving Florida Keys and decide to explore the San Francisco shipwreck, you'll quickly see that time has taken it's toll. Little remains other than her ballast pile, a portion of her keel and the occasional piece of timber.

However, in place of Spanish treasure, and swim throughs, you'll encounter numerous species of brilliant coral and multiple schools of colorful tropical fish.


Situated on the edge of the Upper and Middle Keys, the San Francisco Shipwreck is a scuba diving site that's popular for Florida Keys snorkeling and underwater photography.

The variation in marine life, against the few remains of this English built merchant ship are spectacular and worth visiting on a Florida Keys vacation.

This is one of the best snorkeling in Florida Keys sites, so if you're interested in exploring the hidden secrets and beautiful marine life found in the aquamarine waters north of Marathon, FL you'll want to include this wreck on your diving trip.