Referred to by many names including El Terri, Tyrri, and Herri, the one she carried to the grave was San Felipe.

Originally owned by the Marques of Canada, Guillermo Terry, she plied the waters between Spain and England delivering sherry.

When she was put into service with the 1733 Spanish Treasure Fleet, she was christened San Felipe. Captained by Don Jose del Villar y Andrada, this was the name she carried the day she sank.

When the harsh Florida hurricane hit the Flota, she and the other ships were separated and forced west to the Florida Keys. Taking on large quantities of water, and badly damaged, she made it past the numerous coral reefs where she grounded, submerged to her decks.

Miraculously, like the San Pedro, everyone on board the El Lerri survived. 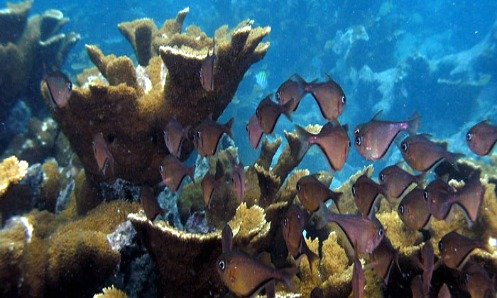 Located 1 mile offshore of Lower Matecumbe Key, the remains of the San Felipe are south of the San Pedro Underwater Archaeological Preserve, just inside Hawk Channel.

As part of a protectionist method, she, like the San Pedro, is also on the US National Register of Historic Places.

Part of this is a result of a dispute between her claim owner, Carl Fismer III and the University of Indiana scuba divers who were researching the wreck. A legal battle resulted when Mr. Fismer believed his claim was being invaded upon.

The court, after hearing evidence, determined that the suit was not sufficient, and the University won the right to protect what was left of the San Felipe historic site.

Like so many of the ships who sailed with the Spanish Treasure fleet, little remains of this vessel. At about 20 feet of water, Key Largo divers will find a large ballast pile of red stone lying over the hull of the ship. Some of the mound has been disturbed as salvagers relocated some of the ballast during their various treasure hunts. 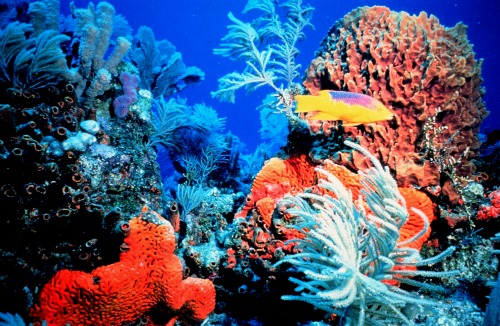 
The fact that little remains at this wreck diving site is testament to the good salvage efforts of the Spaniards, and of those who came generations later. The Spanish were diligent, and for years after this destructive Florida hurricane, they made numerous visits searching for their lost Spanish treasure.

Some of the San Felipe's cargo would have been destroyed when she took on water. She carried a mix of perishable and non-perishable goods, including chocolate, citrus relish, snuff, vanilla beans, molasses, indigo, cochineal, silver, medicines, and gifts.


No matter whether you're a novice diver, someone who loves Florida Keys snorkeling, or are interested in the romance of history, a dive trip out to the El Lerri is worthwhile when diving Key Largo.

Here you'll find a small piece of history and a large amount of marine life, very diverse in nature. With her proximity to land, and to the San Pedro Underwater Archaeological Preserve, you'll also enjoy a full day of exploration, rather than a day spent mostly commuting.