Valbanera Wreck Diving Mystery
Where Are The Passengers?

The Valbanera, a Spanish passenger liner, is another one of those ship disasters that plagues shipping history.

Shipping disasters abound, however, some receive more coverage than others.

The Titanic is one of the all time great maritime ship accidents that received perhaps the most publicity.

Everyone knows the fate of the passengers aboard the magnificent Titanic.

However the exact opposite is true of those aboard this ill fated Spanish ocean liner.

In September, 1919 this ship's course was plotted for Havana, Cuba. With a hurricane brewing, some of the passengers decided to disembark early at Santiago, Cuba. Leaving port, the ship then made way towards Havana.

On September 8, she reached her destination but the magnitude of the hurricane had risen considerably, prohibiting access to the harbor.

To avoid wrecking the ship, Captain Ramon Martin Cordero decided to ride out the hurricane. He signaled this decision to port and this was the last communication recorded from the ocean liner.

Shortly thereafter, the ship was discovered by a group of sea sponge divers who clearly saw her name plate and reported her location off Key West Florida near Rebecca Shoals light. 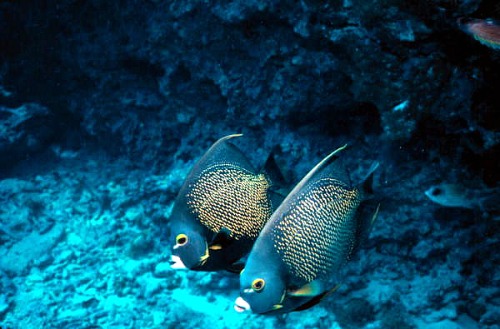 
The Coast Guard sent out their cutter, the Tuscarosa and the sub-chaser 203 to investigate. Ensign Roberts, the commander of the sub-chaser dove below, and confirmed her identity when he saw the ship's name plate.

The problem was, the ship was smaller than what they believed she should be. To make a final determination, on September 20, Rear Admiral Decker visited the scene. His announcement confirmed the ship's fate.

The unanswered question on everyone's mind was what had happened to the 400 passengers and 88 crew members believed to have been on board. No bodies were ever recovered at the wreck site, and no reports ever came in of bodies or of survivors being found elsewhere.

The day of Rear Admiral Decker's announcement, a dispatch was received in Madrid from Vienna, officially confirming the loss of the ship. The dispatch also included the manifest with the names of the remaining 300 passengers plus the names and rank of the 74 crew members on board. The number of passengers fortunately was less than what had originally been suspected.

This Valbanera passenger list provides information on those who were believed to have been aboard the Spanish ocean liner when she sank.

The great mystery shrouding this ship accident is that no bodies or human bones were recovered, and no life boats were launched. Since the life boats were still present, where did the people go? How could they have disappeared without a trace?

Even the day of the official announcement, reports came in that signals had been recently heard from a ship in distress, in both Havana and Key West FL. However, the signals were too weak to make any positive identification or pinpoint their location.

This video does an excellent job of depicting all aspects of the Valbanera, before and after her mysterious ship accident. In Spanish, it explains the tragedy around the event, has footage of the scuba divers wreck diving her remains, and interviews with family members.


The sinking of the Valbanera was a major maritime ship accident. The mystery surrounding her passengers also makes this perhaps the most intriguing ship disaster of them all. It's possible that some day, someone scuba diving Florida Keys will find the answer. Until then, the enigma lives on.