The Herrera Wreck is usually referred to by her owner's name, even though her given name was The Nuestra Senora de Belen y San Antonio de Padua.

This merchant vessel sailed as part of the doomed 1733 Spanish Treasure Fleet.

She's also often referred to as the Figurine Wreck, as her wreck site has produced hundreds of clay animal figurines over the years.

As with others in the Flota, the formidable winds of the fierce 1733 Florida hurricane forced this merchant ship further and further west bringing her closer to the jagged coral reefs.

With her decks flooded, the Herrera eventually grounded off Upper Matecumbe Key on the inshore edge of Hawk Channel, stranded in shallow water.

Luckily her crew was safe, and they were able to remove much of her cargo before losing the ship. Two other ships from the Flota grounded nearby in the shallow water, they were the Chaves and the Tres Puentes.

Today, the remains of the Figurine Wreck can be found lying in turtle grass and sand northeast of her ballast pile. At 18 feet depth, this is a good Florida Keys snorkeling or novice diver site that also supplies the great possibility of discovering a piece of antiquity.

Since the Figurine Wreck is not located in a Sanctuary Preservation Area, you may keep any artifacts you discover.

This is good news, as over the years, the discoveries at the Herrera Wreck site have been interesting, and unusual. Cannon balls, pieces of pottery and bowls, animal hides as well as the animal figurines she's famous for have made this a productive scuba diving Florida Keys site.

If you're planning a dive trip to the Herrera, there are no markers or buoys at the site. However, she's relatively easy to find since she's situated about 2.5 miles offshore of what is now Whale Harbor, Islamorada, south of Snake Creek Bridge. 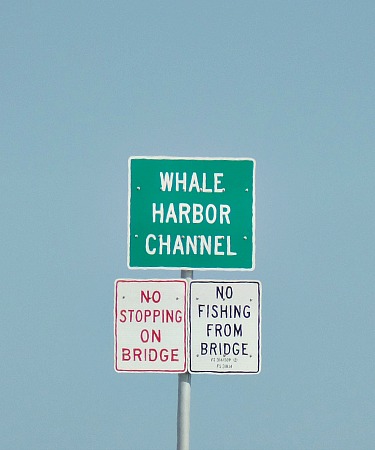 
So if you're planning on Islamorada snorkeling or diving this wreck, and you're specifically interested in searching for "Spanish treasure", you'll need to be aware of certain things.

First, the Herrera Wreck site is in Hawk Channel. Depending on the tidal currents, this can have a dramatic affect on visibility, where it can range from clear to cloudy.

Not only do the currents impact visibility, a second issue affecting your Islamorada diving site is anchoring. If the current is strong you'll have to ensure your anchor is well set.

How To Preserve Sunken Treasure

Once an artifact is found and you bring it out of the water it needs to stay submersed in saltwater. This is critical. The artifact must stay in that protected environment until you can properly prepare it. If you don't, the artifact will dry out, break and crumble.

One of the most exciting parts of this particular Florida Keys diving site is the fact that there's a strong possibility you'll find something historic.

Even better, this time you could actually take it home with you.

However, it's critical that you understand a few simple principles that are based upon time and the affects of saltwater.

Any of the Spanish treasure you manage to uncover has been in saltwater since 1733. The affects of time and salt has taken it's toll and if you remove your find from it's salty environment it will quickly degrade. This is deterioration process is especially true for the bowls and figurines which are made of clay.

If you truly have your heart set on making an historic discovery, you'll need to be properly prepared and bring the necessary equipment. First, you'll need a tool that will allow you to gently probe around in the sand and grass without tearing everything up and possibly breaking a fragile artifact.

Another essential piece of equipment would be some sort of lightweight, waterproof device you could use to fan the sand away. This will help keep it from resettling over your work area, or from creating a cloud as you work.

A light would also help to illuminate any dark spots in the grass where you're exploring for sunken treasure.

Once you've found your artifact, you need to understand the fundamental principle essential to the restoration process.

Slowly and carefully, you must remove all of the salt that has become deeply embedded inside your discovery. If the figurine dries out, the salt leaches to the surface, and this puts a strain on the internal structure of the artifact.

The easiest way to remove the salt is put it in multiple baths of fresh water, constantly changing the tubs until the salt is fully removed. This however, is time consuming, and wasteful.

For small objects like a figurine found at the Herrera Wreck, one of the quickest, most effective and least wasteful methods is to place it in a mesh bag inside the reservoir of a toilet.

Every time the toilet flushes, a new bath of fresh water rushes over the figurine. This continual cleansing eventually removes all residue of salt from deep within. Obviously it will take many flushes or baths over a number of weeks to fully remove the salt, but giving it the time to fully desalinate is critical.

Once the salt has been removed, the object should then be painted or sprayed with an acrylic plastic. This will help hold the statue together by trapping the moisture inside so the air doesn't dry it out. If it dries out it's still likely to crumble and disintegrate.

These restoration techniques are very simple ones but if you're serious about preserving your finds, additional research would be advisable.

The preservation process can become quite involved and arduous if you want it to be. However, when you realize that you're holding an artifact that is hundreds of years old, the value of preserving that significant piece of history makes any additional effort more than worthwhile.

For most people discovering a small clay figurine, the steps mentioned above should be sufficient enough to preserve your treasure for years to come.

Of course, if your Islamorada diving trip on the Herrera Wreck turns up a major piece of Spanish treasure, it's obvious you'll want to utilize the most productive methods of restoration to preserve your valuable find.

If you're scuba diving Florida Keys, plan to include a dive trip to the Herrera Wreck because you may find figurines. Be careful though, as they will be very fragile. A ballast pile is all that visibly remains of the Herrera
Marine Life
Butterflyfish, parrotfish, blue tang, angelfish, yellowtail, some coral, turtle grass and sand


Diving the Herrera Wreck is one of the Florida Keys diving sites that will give you the greatest chance of finding a memento or keepsake.

If you're lucky enough to find a figurine, remember you're bringing home a piece of antiquity dating back almost 300 years. Take the time to preserve your find and you'll enjoy a delicate piece of history for years to come.

As an Amazon Associate I earn from qualifying purchases.