With a name so long, it's hard to believe she was one of the smaller vessels that traveled with the ill fated 1733 Spanish Treasure Fleet.

At just over 220 ton, this freighter carried no registered treasure when she foundered off Windley Key, near Islamorada FL during the deadly 1733 Hurricane.

Over the years there's also been a certain amount of controversy regarding whether this ship was refloated or not.

However, the stronger evidence seems to be to the contrary. The reason for the controversy is that she foundered in shallow water, in an area where Snake Creek flows into Hawk Channel.

Considering the violence of the storm, her fate was incredibly different from her sister ships. First she didn't break up on the reefs, her hull stayed in tact, and her masts were operational. Second, her cargo was in good condition, and miraculously, all aboard were alive.

It's the fact that she was seaworthy that gives rise to the controversy as to whether she was refloated. If she was, then what ship lies at this site?

However, stronger evidence supports that she did not head back out to sea, and that this is indeed the ship named in honor of her owner, Don Antonio de Chaves.

The reason it's doubtful that she returned to sea, is because she'd been forced into very shallow water by the storm. She was firmly grounded, and despite the best of efforts of her crew, it was impossible to dislodge her. The only option left to her Captain was to remove her cargo, and burn her to the water. 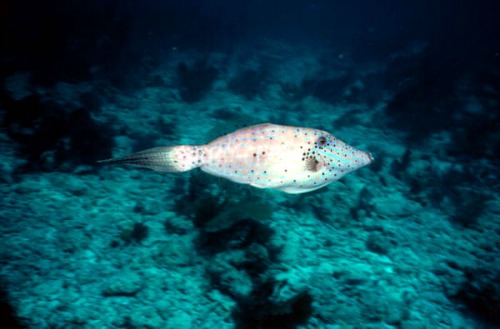 
When scuba diving Florida Keys, you'll immediately understand why it was not possible to return this ship to sea. Her remains lie in water no greater than 15 feet, and the cause of her ruin is the reason she's one of the best snorkeling and novice Islamorada dive sites.

The shallow water is clear and calm. These factors, in conjunction with her proximity to shore, create the perfect scenario for anyone planning a Florida Keys snorkeling or diving trip.


It's unfortunate that this small ship managed to survive the horrible Florida hurricane of 1733 only to be burned to the water because it couldn't be refloated. However, this ship served her King and country well and successfully carried her crew and cargo to safety.

Today, the Chaves Wreck provides us with one of the more interesting Florida Keys diving sites providing us with an opportunity to look back at history.

While Islamorada diving this wreck site, you'll have a chance to reflect upon the glory of the once mighty Flotas that plied the waters in search of Spanish treasure for the greater glory of country and king.