The original name of the El Infante was Nuestra Señora de Balvaneda and she was an armed galleon in the Flota that belonged to King Philip V.

Built in 1724, she had a capacity of 400 ton and was one of the Flota's largest ships carrying 60 cannon for protection.

She is also occasionally referred to as refuerzo as she had been constructed with sacrificial planking to help keep ship worms from consuming her structure.

The ships in these Flotas carried an immense volume of Spanish treasure including gold bullion and silver. As such, they're often referred to as the Plate Fleet or Silver Plate Fleet since the Spanish word for silver is plato.

This particular vessel carried one of the more precious cargos which included the pillar which was the newly minted coin from the Americas. Also on board was gold bullion, silver, brazilwood, cochineal, Guadelajara ware, Chinese porcelain, leather hides, indigo, vanilla, and citrus, as well as 186 boxes of silver coins. 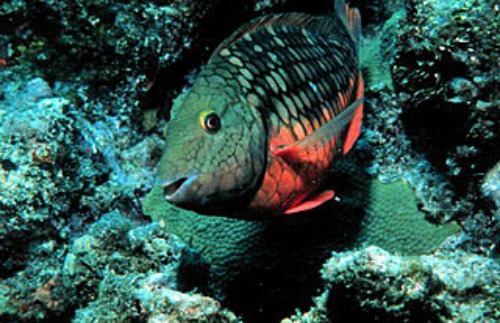 Piloted by her Captain, Don Domingo de Lanz, she was traveling in the forefront of the Flota when the severe Florida hurricane struck.

The strong winds forced the galleon onto her beam-ends, requiring her crew to cut down her masts and bowsprit. No matter their efforts, the strength of the storm proved greater, and she eventually smashed upon a reef positioned just south of Little Conch Reef.

The pounding waves continued to cripple her until she eventually broke up on the sharp coral. The wind and the waves scattered her priceless Spanish treasure and remains over a broad area, but salvage efforts were relatively successful. Much of her silver and other merchandise were recovered.

As the centuries passed, currents and other storms have continued the ritual spreading of her wealth. Even today, it's possible to find ridged silver coins buried in the sand or tucked into a nearby reef. It's not uncommon to even find one of these pillars located some distance from where this Spanish treasure ship foundered.

The Florida Keys hurricane that destroyed these ships, also took many lives and cost Spain dearly in terms of profit. Even though the Spaniards staged a number of very successful salvage efforts, considerable wealth was still missing.

In fact so much treasure was missing, that over the years modern day salvagers have combed this sunken treasure ships area, successfully recovering a variety of ancient and valuable Spanish treasure and other artifacts.

Realizing that there is still unrecovered wealth is enough to tantalize any treasure hunter. However, you need to remember that the refuerzo is now situated in the Florida Keys National Marine Sanctuary.

This means she, and the reef she lies with, are protected. Removal of any artifacts or marine life is prohibited and punishment is severe.

When exploring the El Infante, the first thing you'll find is a large round pile of her ballast stone sitting at a depth of about 12 feet. Plus, you'll also notice some of the exposed timbers from her lower hull, including a portion of the keelson, frames, stringers, hull planking, and yes - a possible coin or two.

Hunting for Spanish treasure coins is fun, but this site has more to offer than just looking for another piece of antiquity. Whether you're Florida Keys snorkeling or wreck diving this site, you'll find that the clear water is full of tropical fish, juvenile game fish and a broad spectrum of coral.


El Infante or The Prince, was 1 of the 3 most important ships in the Spanish Treasure Fleet that was destroyed during the violent 1733 hurricane.

The other two were Capitana El Rubi Segundo and the Almiranta El Gallo Indiano.

The El Infante is also one of the more interesting wrecks from the 1733 Treasure Fleet. Plus there's the added possibility of making a huge historic discovery which adds to the site's value. After all she was one of the treasure ships that was carrying extremely valuable cargo.

Even though people have searched the remains of El Infante and the surrounding area for years, important wealth is still missing.

Who knows, you may end up being credited with finding something very worthwhile. If you do spot something, mark the area and contact the Florida Keys National Marine Sanctuary in Key Largo at 305-853-0877 as soon as possible.