The Key West Fantasy Fest is as flamboyant as Mardi Gras, perhaps on occasion even more so.

Unfortunately due to the COVID-19 virus, the 2020 Key West festival scheduled for Friday, October 16, through to Sunday, October 25 has been cancelled.

Each year the principal theme of the Festival in Key West changes.

The hot and sexy 2020 Key West Festival theme that will provoke some very naughty and quirky attire IS ...

If you're a frequent Key West party goer you know that even though there's a new theme each year, many of the planned events including Sloppy Joe's Toga Party, Dantes Halo and Horns Pool Party, and the Headdress Ball proudly repeat.

Amazon has a wide range of costumes you can explore, and so you're aware, as an Amazon Associate I earn from qualifying purchases.

This exciting carnivale-type Key West event, attracts a broad range of people from every walk of life, and every sexual orientation.

One of the main aspects of the Key West Festival is that everyone gets a chance to be daring, creative and unleash some hidden sensuality.

It's a chance to dress up, go a little crazy, and be VERY sexy as you can see from the Fantasy Fest photos below. 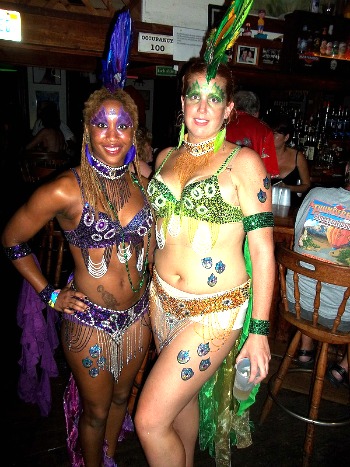 Liberal in nature, Key West Florida is the perfect setting for a 10 day party revolving around adult themes. The streets are filled with throngs of party goers, where anything and everything goes - including most of the clothing. The more audacious and raunchy, the better, at the Key West Festival. 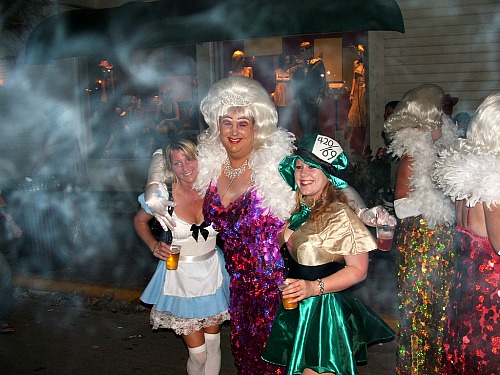 The thing to remember about FantasyFest is that people, including you, are partying. This is not your typical festival atmosphere either.

It's more of a 10 day party on steroids, with a bit of Charlie Sheen-esque attitude thrown in for good measure.

With a wildly devil-may-care attitude around you, it's not hard for things to go wrong, and often people don't think about these repercussions until it's too late.

It's great to get all decked out in a dynamite Fantasy Festival costume, but one should always evaluate exactly how accessible body parts are when certain necessary functions are imminent.

Keep in mind you're in the middle of a small geographical area, with a massive population of heavy drinking party-goers. This translates into limited bathroom access at best. Timing can become critical.

It's important to be able to work with your costume quickly, when you finally have access to a restroom. When you're partying, take a good look around at the different fantasy Festival costumes. You just know who's going to have trouble later on. 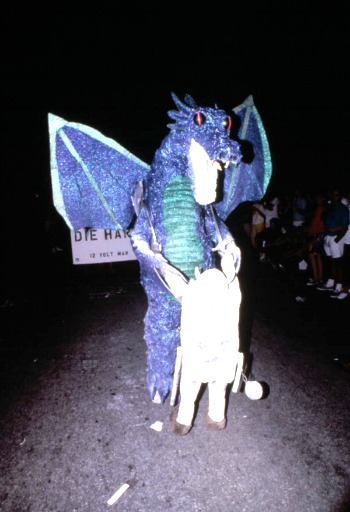 Another issue which can become a major problem, is the weight of a costume. You're in Key West Florida at the end of October. The weather is sunny and warm, with a bit of residual humidity thrown in for good measure.

For the many scheduled Fantasy Fest events, including the numerous masquerade balls, if you're planning on wearing heavy costume gear, you're going to pay a hefty price as you begin to bake.

If you're in the sun, it's going to be even hotter. Even if you're inside, the bars in Key West are packed with other hot bodies. The heat builds up and after awhile you become one oozy, sweat factory. 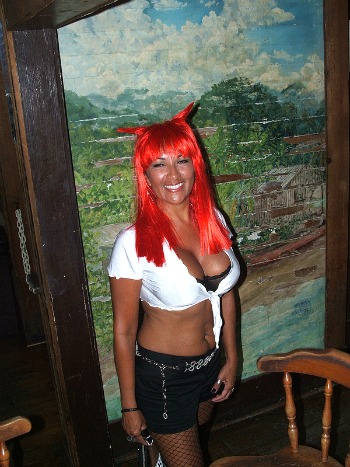 Shoes are also critical, and are usually the most overlooked aspect of FantasyFest wear. You'll actually be spending much of your time walking or standing. Those knock-em-dead, hot pink stilettos that started out as a good idea, will end up causing a lot of problems an hour down the road.

Since party-goers usually spend most of the day and the night on the go, your feet will be slowing you down, long before the rest of you is ready to call it quits.

Costume-wearers sometimes forget to consider certain logistics, such as where they'll actually put important personal items - credit cards, money, a room key, even ID. If you're wearing a G-string and only pasties, you're going to have to think this one through.

Perhaps you might want to put your personal effects in a plastic bag in the bottom of your shoe. You really don't have any place else you can realistically place these items without offending others.

If you have a companion of any persuasion, as long as that companion has more attire on then you do, you're good to go. If not, you may need to rethink your lack of wardrobe. 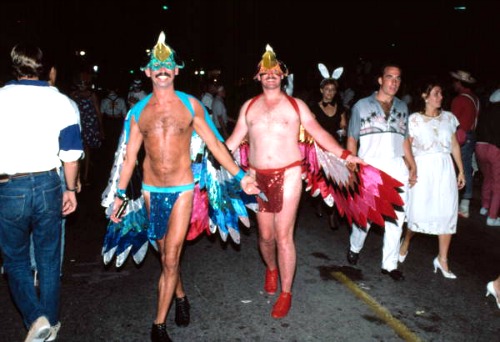 Party-goers also forget in all the hazy fun, that not everyone is drinking like they are. This includes the police, hotel workers, the people serving you behind the bar, and of course the fire department, and hospital staff.

No matter where you end up, and you can end up in some pretty weird places during this 10 day party - remember to be polite. You may be drunk as a skunk, but be a nice skunk. Niceness can go a lot further with the overworked, somewhat forgiving authorities. 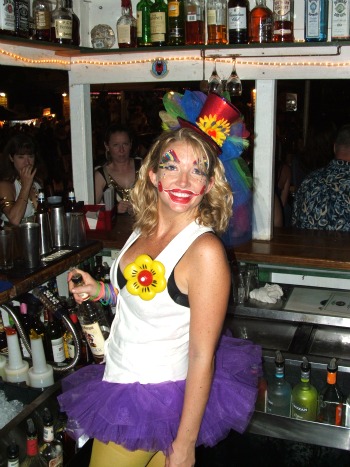 So are you ready to party?

Don't expect to get into Sloppy Joes Key West annual Roman toga party if you're not dressed the part.

You can check out the toga selection available through Amazon, and as an Amazon Associate I earn from qualifying purchases.

To make sure you'll have the proper festival attire, check out our Festival Costume Store we put together.  This will help you find some great Key West costume ideas. You can even mix and match with your existing wardrobe, or get something totally new.

Fantasy Fest costumes are a big part of what makes this event so spectacular.  If you're coming to Fantacy Fest, it's not whether you should wear a costume, it's what you should or rather shouldn't wear that counts.

For many revelers, body painting is the way to go. Body painting takes on a whole new level and becomes a true art form. At times it's impossible to tell if the individual is wearing clothing or is just artfully decorated. 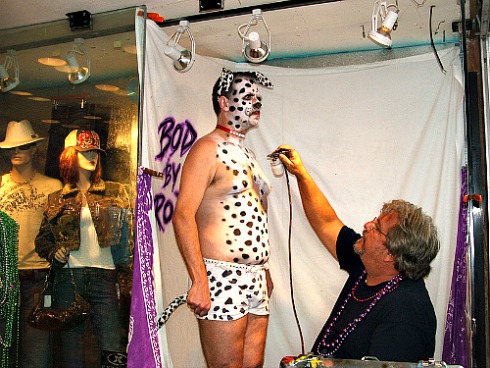 During the 10 day extravaganza, "Fantasy Fest topless" is often the norm, but technically most aren't topless since they'll often sport a pair of pasties, or have a minuscule cover-up.

To get into the party mood, grab some pasties, or a small essential, pull on a thong, get some painted body art on, and you're good to go.

No matter what you wear during the Key West Fantasy Fest event, you're here to have a good time. The goal is to have fun, be safe, make friends, and come back again next year.


VIEW ALL 'HIS AND HERS' FESTIVAL COSTUMES!

GET YOUR SEXY COSTUMES NOW!


We'd also like to hear stories about your best festival moments, along with any 'scrubbed' Fantasy Fest photos you may care to share. If you have a really funny or even embarrassing moment you're inclined to share, click here!