Can You Solve Florida Keys Diving Mystery Of The USS Alligator?

There isn't much left of the young and brave USS Alligator, but nevertheless Alligator Reef is a great place to plan a dive trip if you're scuba diving Florida Keys.

The relatively shallow water makes this wreck diving site perfect for novices or for anyone Florida Keys snorkeling.

Plus, another draw for those "in the know", is the mystery shrouding this warship.

Florida Keys diving is not just about exploring the wreck and it's remains, it's about understanding it's history, or in some cases, trying to identify the remains.

It's also about experiencing the rich aquatic life teeming in the nooks and crannies of the wrecks and the reefs they're grounded upon. 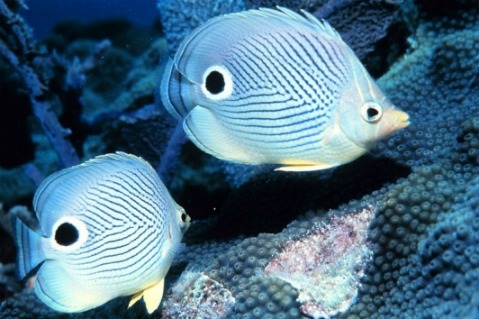 
History Of The USS Alligator

There's a particularly unusual twist to the story that entwines the USS Alligator to Alligator Reef.

Undisputed are the following facts:


Commissioned in March 1821, with Lieutenant Robert F. Stockton in command, the USS Alligator had a short but memorable career as a warship, which was primarily devoted to fighting pirates and slavers. At 86 feet long with a 24 foot beam, she carried 12 guns. 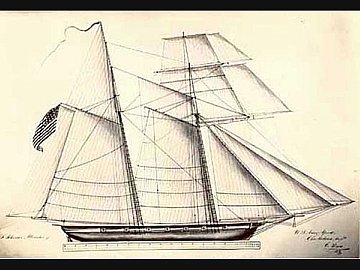 The USS Alligator Commissioned In 1821
Courtesy of oceanexplorer.noaa.gov


Patrolling the coast off Africa to help suppress the slave trade, Stockton, the commander of the ship was also in pursuit of finding a suitable stretch of land on the African coast he could help colonize with freed American slaves.

During this process, the ship, and the commander were able to capture and thwart several slave trading ships. The feather in their cap was their final ability to secure an important piece of land which now is Liberia.

After wintering at home, the Alligator left her Boston port again in March, 1822. She was en route to the West Indies where she was involved in several successful skirmishes with pirate ships.

In November, 1822, she received word that several American ships had been taken by pirates about 45 miles east of Matanzas, Cuba. When she intercepted the pirates, the Alligator discovered the pirates were in command of a ship, two brigs, and five schooners.

The battle was swift and fierce, and the crew of the USS Alligator were victorious, even though they suffered the unfortunate loss of their commanding officer, Lieutenant William Allen. With the remaining pirates escaping to land, and one schooner fleeing the scene, the battle was over.

On November 18, 1822, the USS Alligator departed Matanzas, escorting a convoy of the ships. On November 20, during the evening, it was determined that Ann Maria one of the escorted ships had strayed from the convoy.

To ensure the ship's safety, the Alligator's new commander, Lieutenant Dale, ordered the Alligator to go after her. It was during their mission to protect the Ann Maria, that the Alligator ran aground on one of the uncharted Florida reefs.

Over the next 2 days the crew fought desperately to free their ship from the jagged reef, but with the wind changing direction, their ship was forced further onto the sharp coral.

On November 22, a Bahamian wrecker arrived and took the salvage from the ship. Shortly after, the Ann Maria arrived, and took the crew, valuables and artillery home.

Before leaving, and to avoid the Alligator from being taken by pirates, Lieutenant Dale ordered the crew to set the young ship afire. Shortly after, she exploded from the flames and perhaps the explosion is the main reason so little remains of this young, but battle tested warship.

But... it was a ship designed to endure tremendous battle so why was so little left, even after the blaze?...

Today, the remnants of this wreck are comprised primarily of encrusted piles of ballast stones and parts of a lower hull. The wreck is located off Islamorada, in the Florida Keys National Marine Sanctuary. She sits in shallower water on a living coral reef that is rich and teeming with life.

According to the Department of the Navy - Naval History & Heritage Command, the archaeological evidence collected during the survey suggests that the wreck is not the Alligator, but rather one of four other nineteenth-century vessels that reportedly were lost on Alligator reef.

This fact is also supported by the amount and type of ballast found at the scuba diving site on Alligator Reef.

During a 1996 investigation two partially exposed stone ballast piles were found at the wreck diving site. There were also pieces of the ship's structure sticking out from beneath a ballast pile which included fragments of the keel, frame, hull planking, pieces of ceiling, and other unidentified pieces of timber.

None of the pieces or construction methods supported the quality or style of construction that would have been used for a warship of that era.

The most compelling argument against these remnants being part of the USS Alligator however, was the type of ballast found.

Stone ballast is not what would have been used on this ship. She would have carried iron ballast and shot, and it's not believable that the crew would have removed the iron ballast in favor of stone. Nor would they have replenished the lost weight from used cargo with this much stone ballast.


So... when Key Largo diving at Alligator Reef - what ship are you encountering? Where DOES the USS Alligator actually rest? It's a Florida Keys diving mystery that perhaps you'll be the one to solve!